In the shadows of the night a creature emerges. The temperature drops, the atmosphere darkens, and an eerie chill descends over the land. Suddenly, you are overwhelmed with despair and hatred. Be on your guard – a wraith is nearby.

What is a Wraith 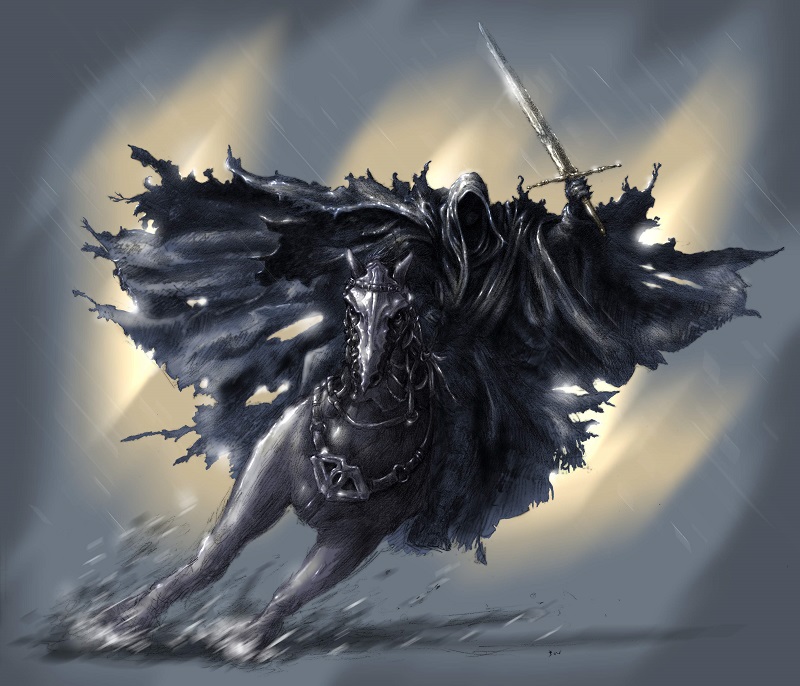 Little is known about wraiths other than their power and despair. These creatures are a type of Scottish ghost that had a history in black magic and sorcery during its lifetime.

Wraiths are said to be creatures that are created when something goes wrong in spellcasting. This is most often the result of a witch or wizard who tried – unsuccessfully – to extend the years of their lifespan or tried to manipulate time in some other form. The result is tragic. In some capacity they get their wish – they are now immortal beings with incredible power. The price they pay however, is extremely high. Their souls are taken away and they are condemned to never reach the spirit realm. This is a terrible fate considering that the spirit realm is often thought to be something similar to Heaven in most cultures and is at the very least considered to be an afterlife. Wraiths are denied this privilege and are forced to wander between dimensions for eternity.

Wraiths are soulless creatures and only feel devastating emotions like hatred and despair. They are a type of ghost, but can also be considered to be a type of demon. Though there are instances that wraiths can be considered ‘good’ (a specific kind of wraith known as a voror), most wraiths are inherently evil.

There are thought to be several kinds of wraiths. Most wraiths are evil creatures that seek to steal the souls of others. With a single touch, the wraith is able to drain the life out of a person and steal their soul. Whenever they steal the soul of a person, the victim is cursed to wander with them for eternity – unless of course the wraith is killed.

Can A Wraith Be Overpowered or Killed?

Wraiths are very powerful creatures and are, therefore, an extremely difficult foe to overcome. They can only be defeated by a holy presence or weapon. Being pure evil, they are not able to withstand holiness of any kind and will either be forced to retreat or destroyed by the opposing force.

It is important, however, that a wraith be killed if attacked. If a wraith is able to escape, it may become furious that it was attacked and will release its rage on the world. A wraith’s anger is so powerful that it emitted in waves of energy from the creature and can steal the will to live from entire villages. When the villages are no longer able to withstand the depression brought onto their lives by the wraith, the creature will take their souls and continue on its aimless journey.

Lore tells us that there are several types of wraiths. The most common kind of wraith has been described above and has an extreme rage that motivates its actions. Some variations of this first type of wraith are incredibly intelligent and capable of holding grudges into their undead state. They will target an individual that they perceive has wronged them until they have captured their soul and can force them to wander outside of the spirit world for eternity.

A second kind of wraith is described as being a parasitic kind of ghost-demon. These creatures are demons that inhabit any type of empty space until they find a human to meld with. However, unlike most creatures who possess, these wraiths do not make their presence known to the victim. It is unlikely that the affected person will ever know that they have been possessed by this demon. This type of wraith is also not believed to hold any sort of magical powers of its own. While it does have more power than a human, it will not exercise these powers over the will of the human, making it very unlikely that the powers will ever be discovered. There are, however, a few cases in which humans develop demonic powers because of wraith possessions. Perhaps the most notable thing about this wraith type however, is its ability to procreate. When a human who has been possessed with this wraith type mates with another human, part of the wraith will bond to the unborn child. The soul of the child melds with the demon, creating a ‘Blood Child.’

There is also a variation of a wraith called a voror. This wraith was also sometimes referred to as a ‘watcher’ or ‘warden.’ This type of wraith follows the soul of a person from the time they are born until the time they die. This is the only type of wraith that is not considered malevolent.

The majority of wraiths have never been seen in person, though there are some vague details about their appearance that are known.

There are some legends that describe wraiths as being dark entities with black cloaks. Their arms and legs are corpse-like and extremely thin. Additionally, the face of the wraith is either skeletal or an endless black hole.

There are also legends that say wraiths do not look like anything – they are simply evil entities that occupy any type of empty space they can find.

Motivation of a Wraith

According to lore, some wraiths are parasitic, but not aggressive. They simply look for a host to bond with (human of course) and feed off of the energy of the person. They do not try to exert their will over their victim, they simply use the host to survive and move on when their host dies.

While there are some wraiths that are fairly docile, this doesn’t seem to be the case for the majority of these strange ghosts. Many wraiths are angered about their condition and the events leading up to them losing their souls. These wraiths are incredibly intelligent and sometimes hunt the people that they hold grudges against. This is done until the soul of the unfortunate victim is obtained and forced to wander with the wraith for eternity.

Wraiths are full of malevolence and ill intent. They are consumed by emotions like anger, despair, and hatred. They live to hunt for unfortunate souls to add to their ‘clan’ and wander aimlessly for eternity, taking away hope and the desire to live as they go.